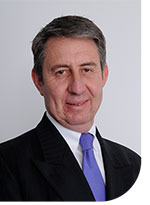 Mr. Read is an experienced Chairman and Director in public, private and government organisations.  Through his extensive career in venture capital, private equity and commercialisation he has gained a depth of experience in the formation and growth of emerging companies with an emphasis on commercial entities that provide broad societal benefits.  He is currently the Chairman of CVC Limited (ASX: CVC) and previously Chairman of Eildon Capital Limited (ASX:EDC) from 2013 to 2016, Pro-Pac Packaging Limited (ASX:PPG) from 2005 to 2010, The Environmental Group Limited (ASX:EGL) from 2001 to 2012 and The Central Coast Water Corporation from 2011 to 2014.

Dr. Campbell has more than 20 years of international biotechnology research, management and leadership experience and has been involved in the creation and/or transformation of multiple successful Australian and international biotechnology companies.  Dr. Campbell was previously the CFO and COO of ChemGenex Pharmaceuticals Limited (ASX:CXS), where, as a member of the executive team he helped transform a research-based company with a market capitalization of $10M to a company with completed clinical trials and regulatory dossiers submitted to the FDA and EMA. In 2011 ChemGenex was sold to Cephalon for $230M.  Dr. Campbell was a foundation executive of Evolve Biosystems, and has assisted private biotechnology companies in Australia, New Zealand and the USA with successful capital raising and partnering negotiations.  Dr. Campbell sits on the Advisory Board of Deakin University’s Centre for Innovation in Mental and Physical Health and Clinical Treatment (IMPACT).  Dr. Campbell is a Non-Executive Director of Prescient Therapeutics Limited (ASX:PTX). 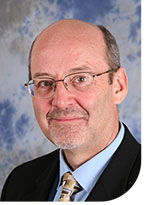 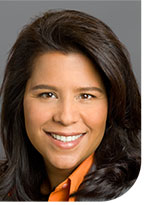 Ms. Jones is Founder and Managing Partner of DNA Ink LLC, a life sciences advisory firm in San Francisco with clients in the United States and Europe. DNA Ink provides corporate strategic guidance to its clients that support corporate growth. Prior to starting her own firm, Ms. Jones spent 20 years at Genentech where she served in many roles including Interim Head of Partnering, Head of Business Development, Senior Project Manager and Research Associate. She managed several products teams during this time including Rituxan, the first monoclonal antibody launched to treat cancer. Ms. Jones has very extensive networks within the pharmaceutical and biotech companies and VC community in North America. Ms. Jones is a Non-Executive Director of Calithera Biosciences, Inc. (Nasdaq:CALA), a clinical-stage pharmaceutical company focused on discovering and developing novel small molecule drugs directed against tumor metabolism and tumor immunology targets for the treatment of cancer. 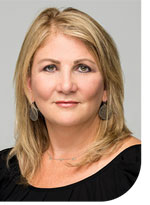 Dr. Pamela M. Klein completed her medical training at Stritch School of Medicine, Loyola University in Chicago, followed by internal medicine training at Cedars-Sinai, Los Angeles, prior to spending 7 years working at the U.S. National Cancer Institute.  Dr. Klein then moved to Genentech where, as Vice President, Development she led the development of a large portfolio of drugs including all the HER (Herceptin, Tarceva, Perjeta), Apoptosis (antibodies and small molecules) and Hematology compounds.  After Genentech Dr. Klein was appointed to the position of Chief Medical Officer of Intellikine where she built the clinical development capability and brought multiple early compounds from laboratory to clinic prior to Intellikine before being acquired by Millennium/Takeda.  Currently, Dr. Klein currently serves as an advisor to a range of different biotech and investment companies, with roles on Scientific Advisory Boards and Corporate Boards as well as broader advisory roles.