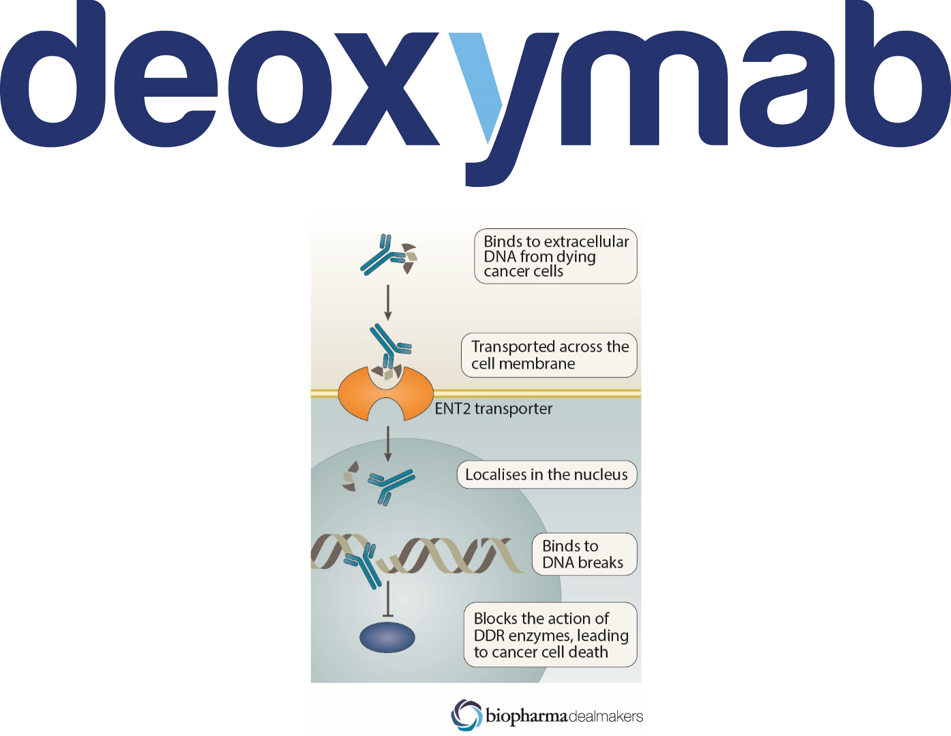 Deoxymab 3E10 is one of the world’s first cell-penetrating anti-DNA antibodies for the treatment of cancer.  Patrys has exclusive worldwide rights to develop and commercialise the Deoxymab platform technology developed at Yale University to form a portfolio of novel anti-cancer and diagnostic agents.

Deoxymab 3E10 is an auto antibody that penetrates live cell nuclei by binding to DNA or its fragments outside of cells and then following it into cell nuclei through a nucleoside transporter. Once in the nucleus Deoxymab 3E10 interferes with DNA repair processes, but the degree of inhibition of DNA repair caused by Deoxymab 3E10 is modest and is not enough to kill normal cells with robust mechanisms to manage insults to DNA. However, many cancer cells are exquisitely sensitive to DNA damage because their DNA repair machinery is already impaired. When these cancer cells encounter Deoxymab 3E10, they accumulate more DNA damage than they can tolerate and ultimately die. Deoxymab 3E10 is therefore selectively toxic to cancer cells that have deficiencies in DNA repair, which includes a wide range of malignancies such as gliomas, melanomas, prostate, breast, and ovarian cancers and many others. When combined with DNA-damaging agents such as chemotherapy or radiation, Deoxymab 3E10 has an even greater effect on these cancer cells.

Deoxymab 3E10 has been re-engineered as a human di-single chain fragment, called, PAT-DX1, for use in Patrys’ pre-clinical development program. PAX-DX1 has been optimised for efficacy and manufacturability.

The platform technology’s unique mechanism of action opens new therapeutic opportunities for a range of oncology and diagnostic applications.

Patrys has continued to make progress with its pre-clinical program and released positive data from multiple models since acquiring the assets.  As a single agent PAT-DX1 suppresses triple-negative breast (TNBC) cancer brain metastases and increases survival in an orthotopic TNBC metastatic animal model. 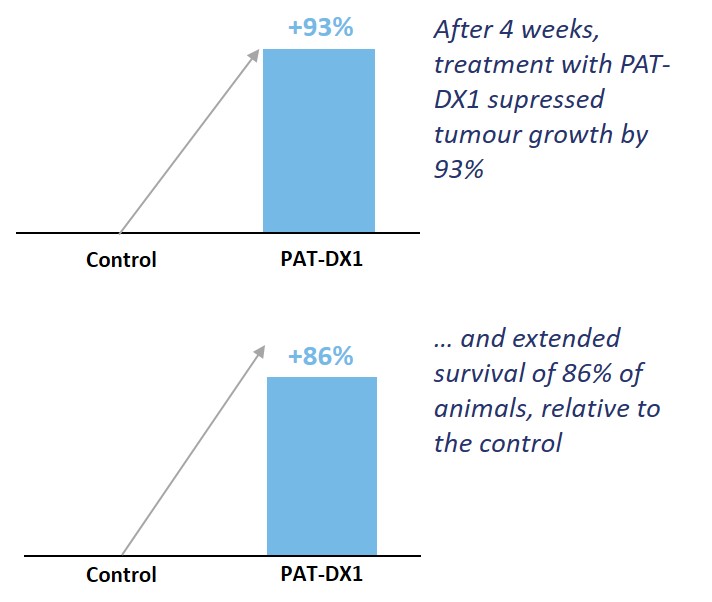 As a combination agent, PAT-DX1 enhanced low dose radiation in an animal model of TNBC brain metastases.  PAT-DX1 was able to cross the blood brain barrier and no toxicity was observed.  Combination of PAT-DX1 and radiation treatment resulted in significantly greater tumour suppression than either treatment alone. 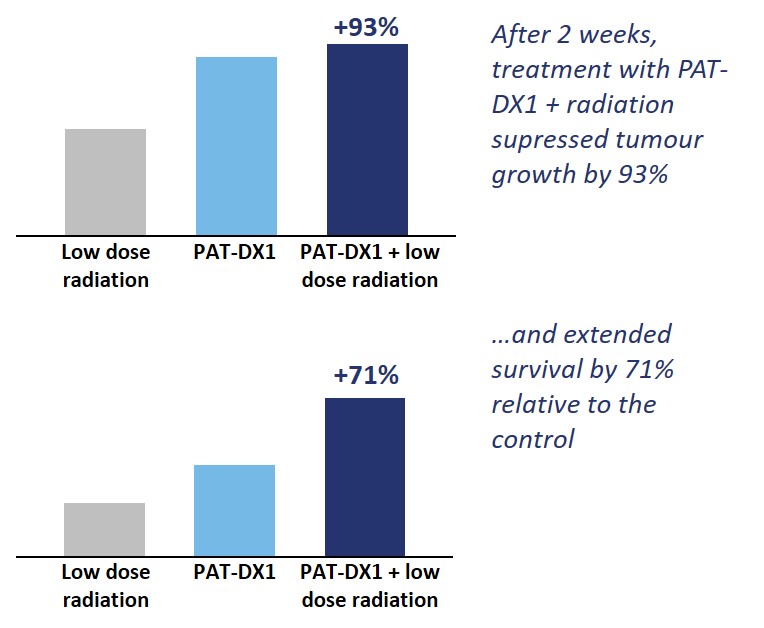 Further pre-clinical studies are underway and will be announced to market as data becomes available, and intellectual property protection processes have been completed. 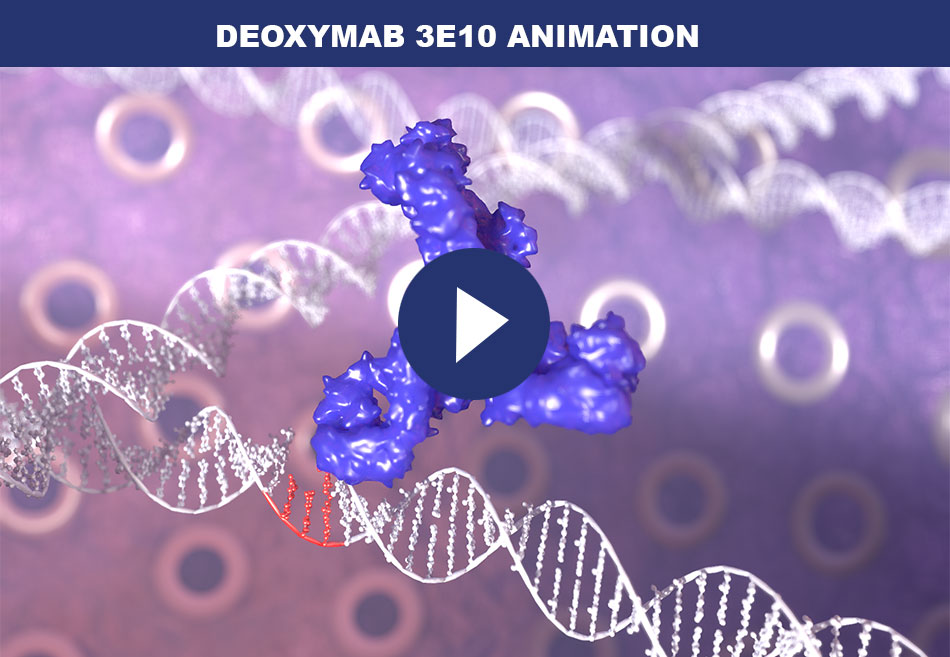 Patrys has also in-licensed from Yale University the worldwide rights to develop and commercialise technology pertaining to the linking of the novel anti-DNA antibody Deoxymab 3E10 to nanoparticles (PAT-DX1-NP). The nanoparticles can be loaded with standard chemotherapeutic (or other) drugs and have been demonstrated to significantly increase the efficacy of the drug therapy in pre-clinical models.  PAT-DX1-NPs have demonstrated significant potential in pre-clinical models.

The 3E10-nanoparticle conjugation intellectual property is the subject of a patent application filed by Yale University, which, if granted, will extend patent protection to 2036.

The synergistic nature of the PAT-DX1 and nanoparticle programs allows both to be developed concurrently, allowing the leverage of development cost savings.

Deoxymab 5C6 is another autoantibody that penetrates live cell nuclei, similar to Deoxymab 3E10 is highly toxic to cancer cells with DNA repair deficiencies and has similar potential to be used in cancer therapy. Patrys is not actively progressing this asset at present.